Where Do Poems Come From?

The following poem was constructed during the Method and Mystery Book Launch event on June 22nd, 2019. Every participant contributed a line, which was then assembled into the work below. Comment on this post by leaving your own line of verse – Where Do Poems Come From?

Last night a friend asked me what do I do…when… I have… writer’s block. (I frequently get asked this… *shrug*) Don’t write. Words emerge. Haunt me. Then…I know…it’s time. Words come from up above. Period. I don’t write ‘em!

Poems come from hysterical inspiration and the sweetness of breathing

They come from the backyard of the mind

They come from my dream and deeper in my heart. Poetry comes from when I freeze my soul; From lavender bushes and ash living in my bones

A star bursts out making a pattern in the universe

Poems come from the swan’s walk, the wind’s whisper and the light above the fog.

Poems come from the scorched eyebrows of demons, from the falling ash of their breath; From quicksand and blackened rock

Poems come from coal miners who work in the heart

Poems are the inner gurgling of the reflective mind

Mini-obsessions that need to be quenched through action

from moments that are hard to understand

Love is a long spanking; Rhythm of like sound a noise that abounds, the sound of a tree being lifted of a forest floor.

Poems come from the voices my pen recaptures from the light; Inside the labyrinth of a scarab’s heart

Poems come from space between confusion and deep knowing; The causeway of the soul, from the many selves, silenced for years, now honored guests at the table of meaning 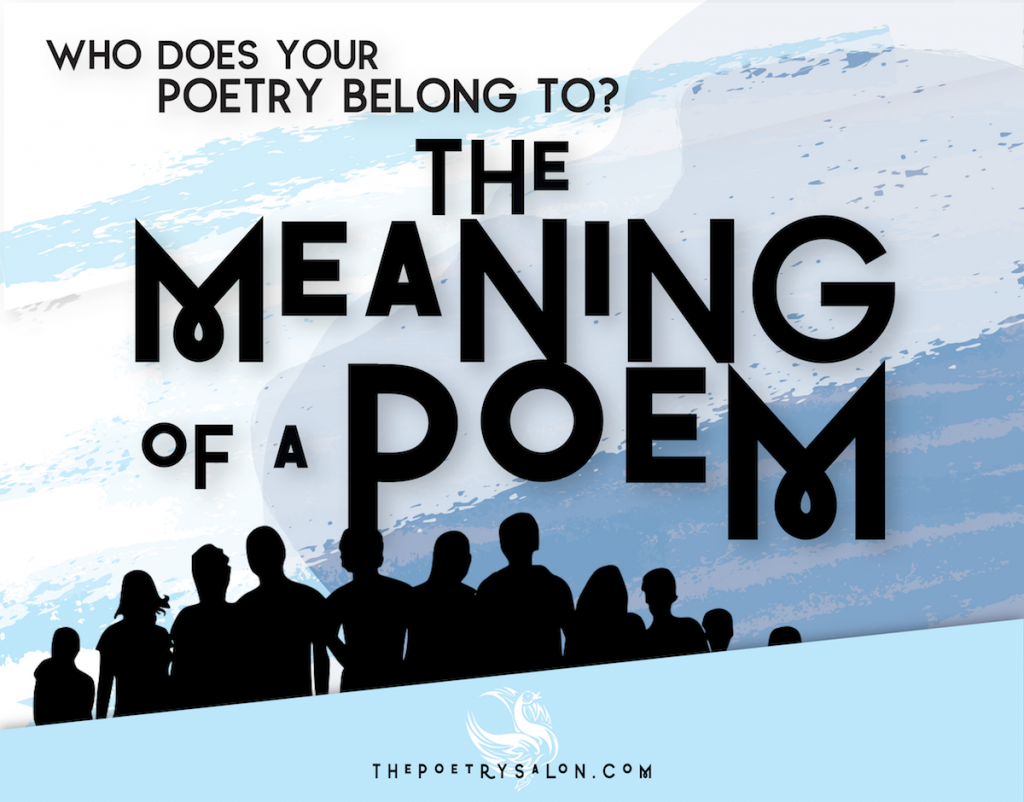 What Does a Poem Mean?

I was in a poetry workshop where a talented poet wrote, “I had to burn my brother’s body in order to stay alive during the night.”

I responded, “Oh, how sweet; the brother sacrifices himself in order to keep the sister alive.”

My neighbor said, “No, that’s not it. She’s empowered. She killed her brother in order to take care of herself.”

The instructor said, “You can shorten this to ‘I burned my brother and lived off the warmth.’”

The writer said, “I have no brother. Everything in this poem is a lie.” 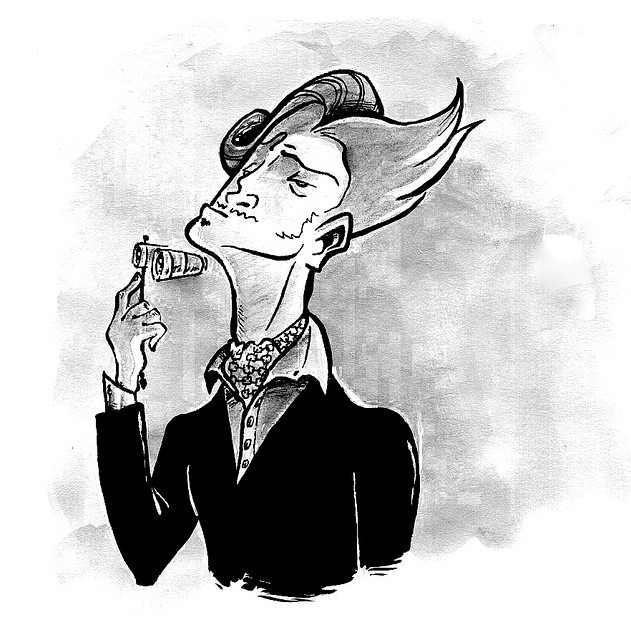 The Myth that Writers Are Special

There is a myth about writing – all art in fact – that it takes a special personality to do it. A special visionary with a special set of skills, handed down by God at birth, to distinguish the true artist from all other beasts of burden working in the field. The artist has a special sensitivity, a gift for seeing, an affinity for language that puts him or her in a category above other people, the way saints are elevated in the Catholic Church after curing the blind or allowing kings to pull their body apart on a rack. 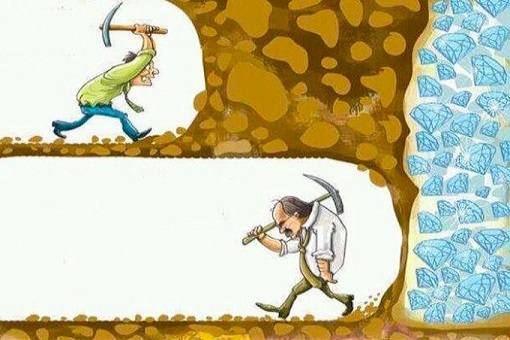 I think a lot of folks suffer under the illusion that you have to be born with a special talent, or else you’re sunk. The truth is, like most things, writing can in fact be learned. Like heart-surgery, or using Excel, or making a good quiche Lorraine, writing is a skill. The question is not, “Am I good at this?” but, “Do I like doing it?” Do I like writing, or reading other good writers, or sitting at a desk, staring out a window, contemplating the sound of the rain? If so, then keep doing it, even if you’re not good. 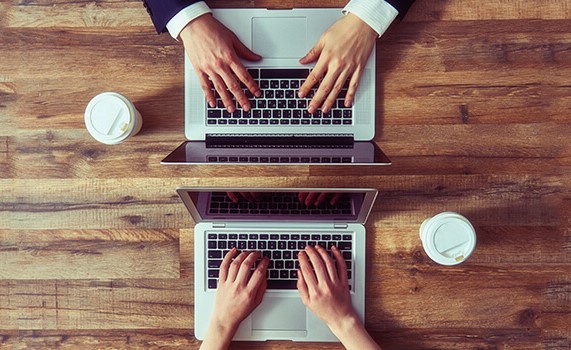 More on the Advantages of Writing Badly

I never have writer’s block, and my husband hates me for it.

If you ask him, or any of my friends or family really, they will affirm that expressing what I’m thinking is not my issue. There are no end of things to discuss and no end to my valuable opinions about them, and since most of my friends know this and avoid taking my calls as a result, I have nobody to tell about my opinions except the page. The page never talks back. It’s a great listener. When I write a first draft, I don’t care if it is good because I can always delete it before some analog human comes along with opinions that are different than mine (i.e. wrong). 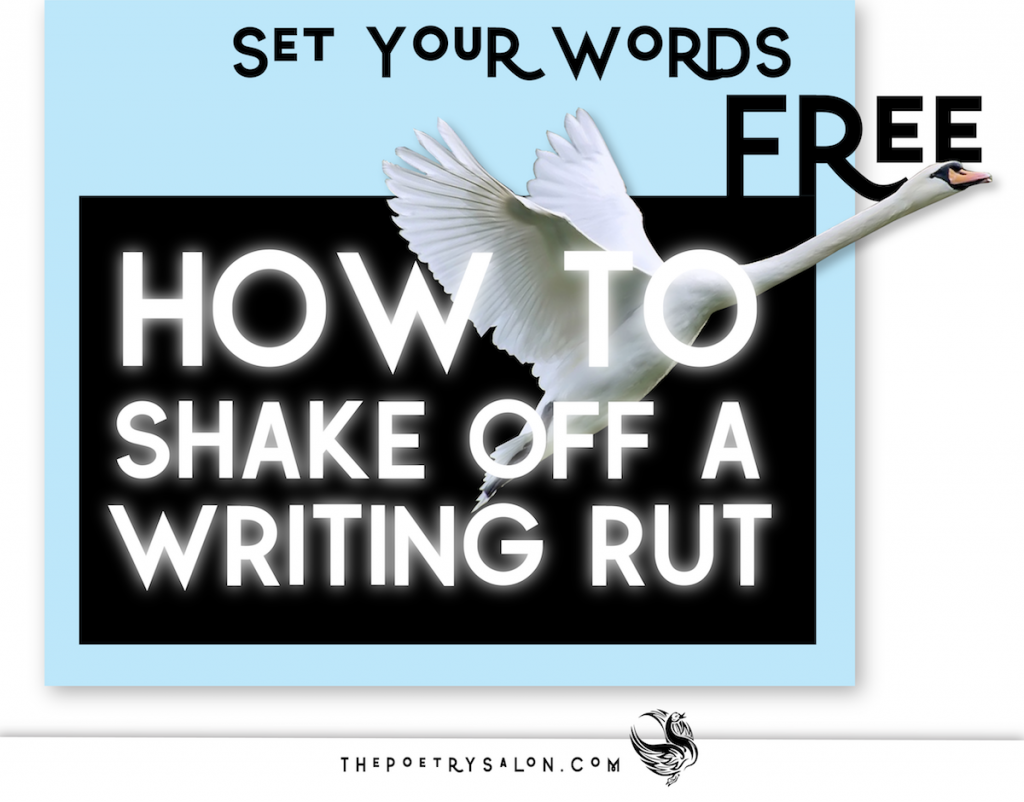 Set Your Words Free: How to Shake Off a Writing Rut

The thing about changing your writing, unlike changing your life, is that it is much easier. You don’t have to max out your credit cards on a trip to Italy, find a guru in India, or go to Bali to fall head over heels. (#EatPrayLove.) All you have to do is change your words. Words are the building blocks of poems, and hence, the building blocks of your ideas; your style; your substance. If you change the words, and the way you use them, you change everything – and that means both inside and out. 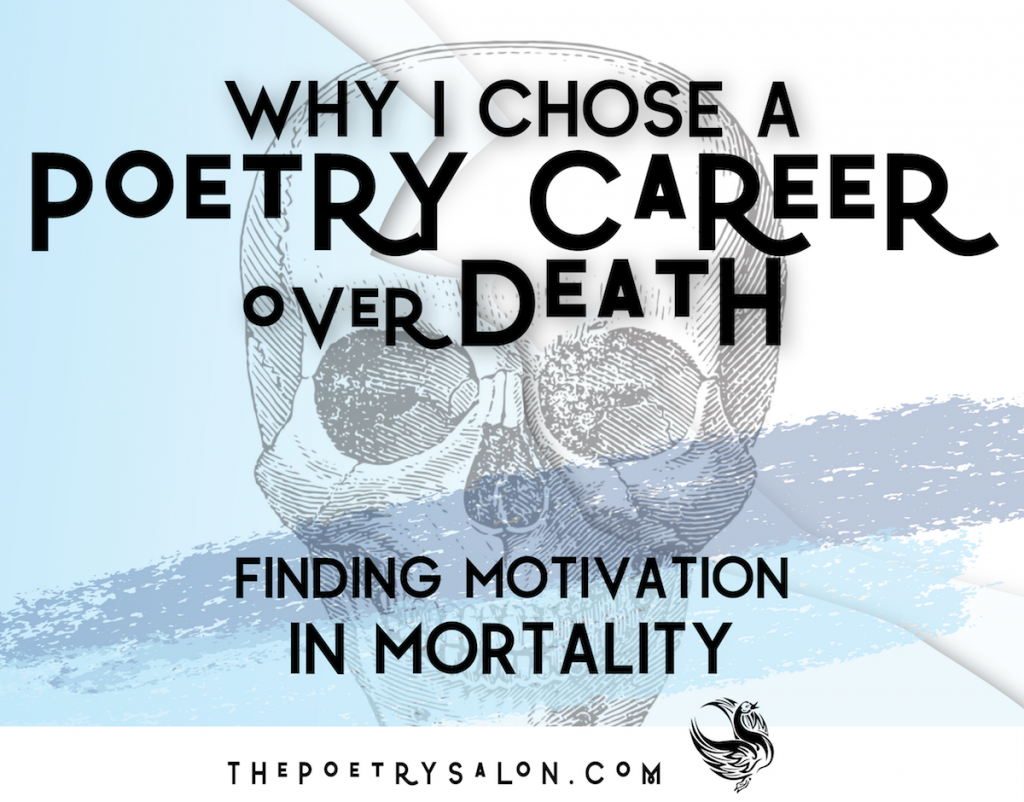 Why I Chose a Poetry Career Over Death

Americans have a funny relationship to money. We think that money will buy happiness, and unhappiness will bring us money.

From a young age, I knew I wanted to spend my life making art (poetry hadn’t yet entered my existence), but I also really, really wanted to have money. I worried that if I did something that made me happy, like futzing with poetry and making a mess with finger paints, I would have no money. So, I compromised and became an English teacher, which sometimes made me happy, sometimes made me very depressed, often made me tired, and absolutely did not make me rich. 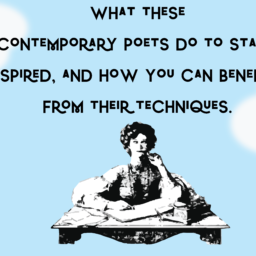 10 Writing Ideas We Learned from The Poetry Saloncast Season One

This year my friend Kelly Grace Thomas and I inaugurated and releasaed the first season our podcast The Poetry Saloncast, where we interview accomplished, established poets. Whereas many podcasts focus on the writer’s work, we wanted to look more closely at the writing process itself – how they generate ideas,… 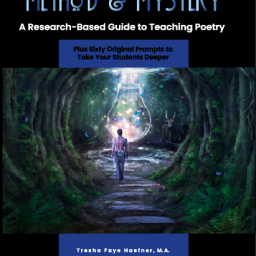 Why Are People Afraid to Write Poetry?

In my years of teaching, I’ve come to realize that most people are afraid to write poetry. Even people who like to write other things like novels or screenplays are scared of it. Why is that? Mainly, I think it’s because our teachers make it look hard. Usually in school,… 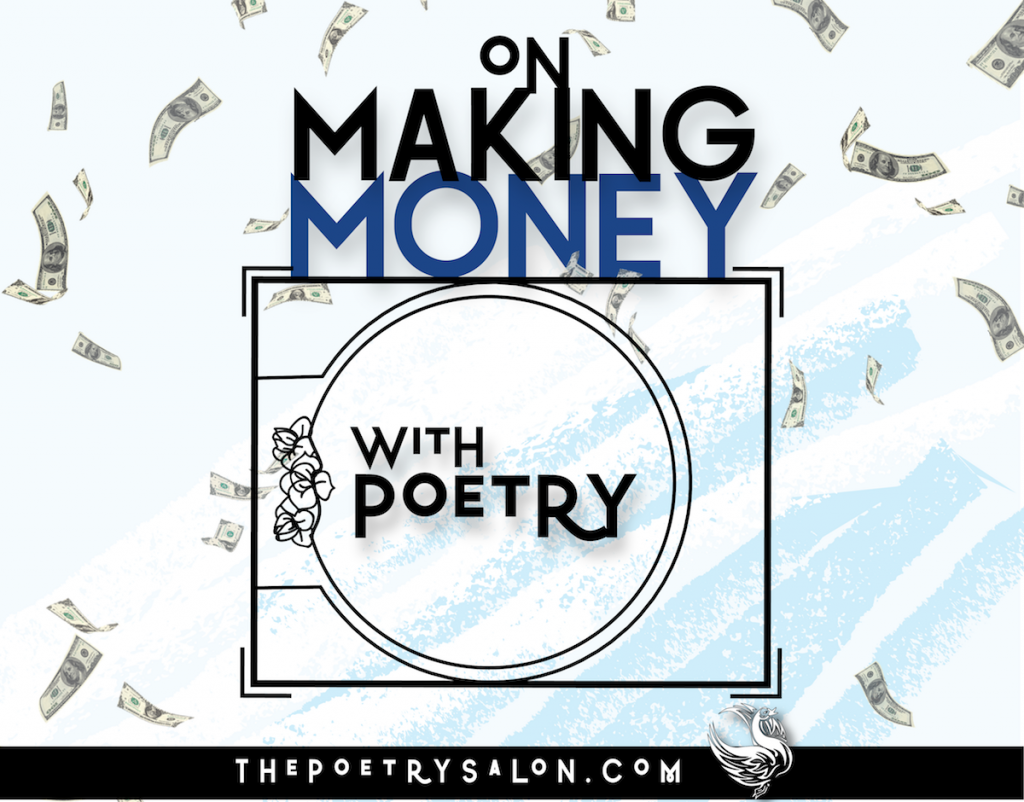 You Can Make Money… With Poetry??

When I tell non-artists that I am a professional poet, this is the gist of the conversation that typically follows: “Really?” “Yes.” “You’re kidding.” “No.” “You can make a living doing that?” “Yes.” (long pause) “Huh.” They mostly can’t think of much to say after that. I suspect they think… 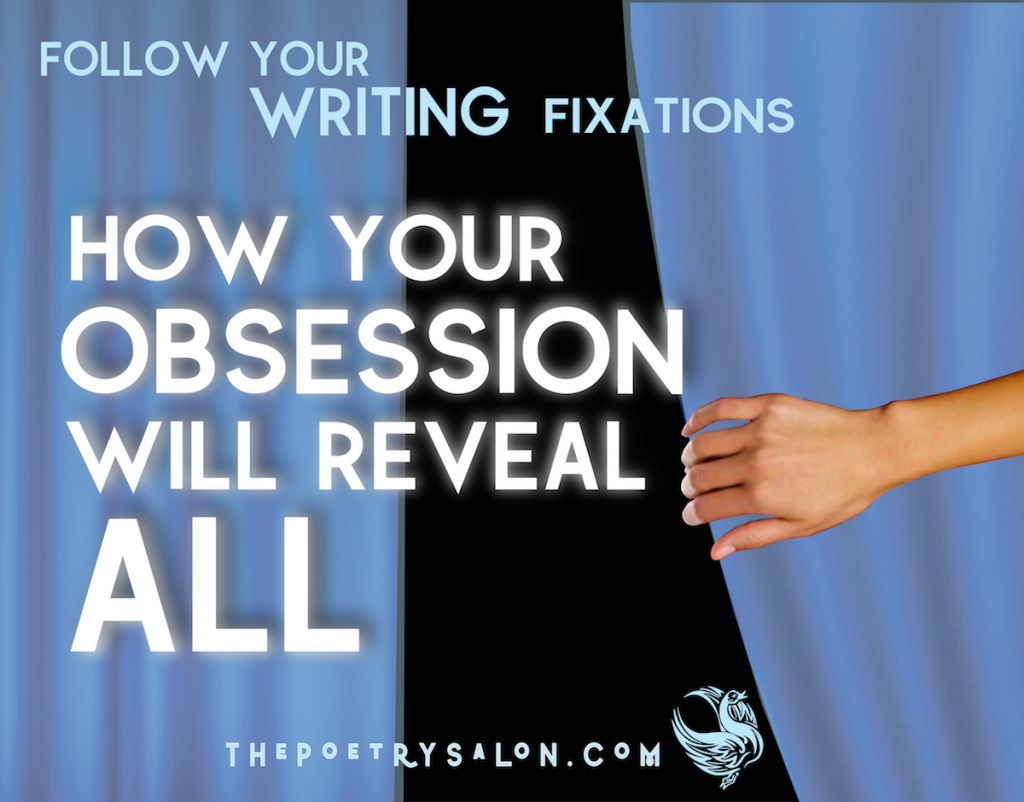 To hear this post read by author Tresha Faye Haefner, click the triangle below or go to our YouTube channel Sometimes my students lament that they are tired of writing about the same subject over and over – their recently dead mother, their sorrow over a divorce, or something as… 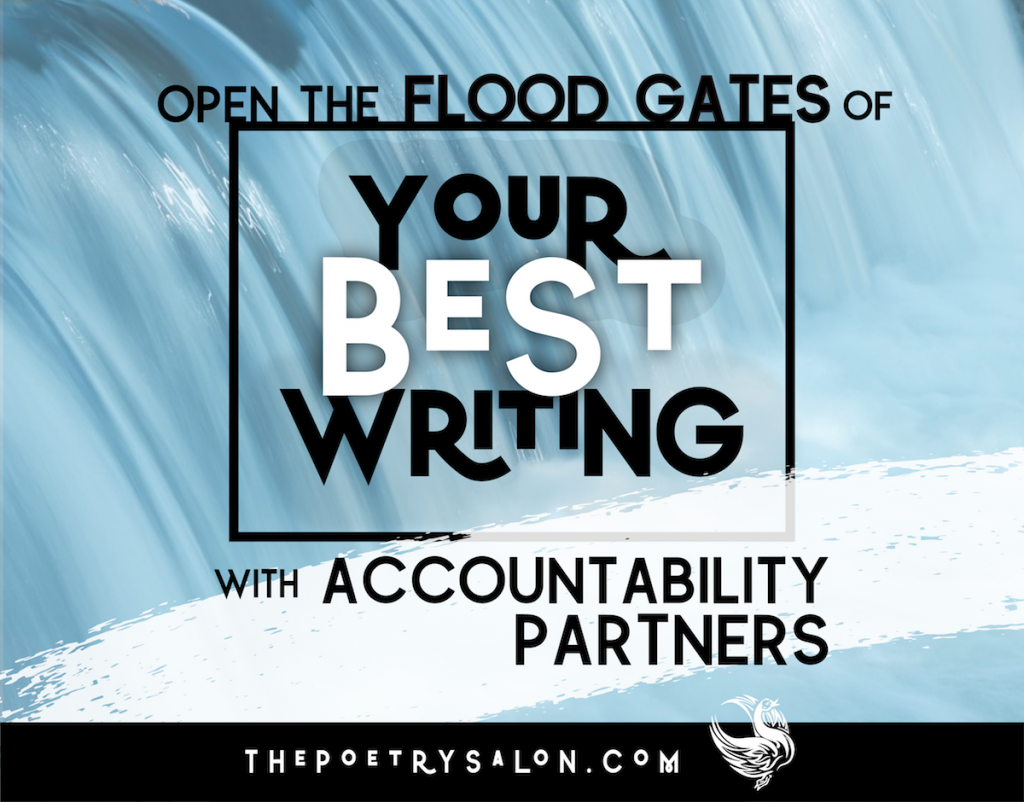 Many people think they need to feel “inspired” to write, but seasoned writers know that not only is that untrue, “getting inspired” isn’t even a key ingredient. Sometimes the best work you can do is done not out of inspiration, but out of sheer panic, under perfect duress, when you… 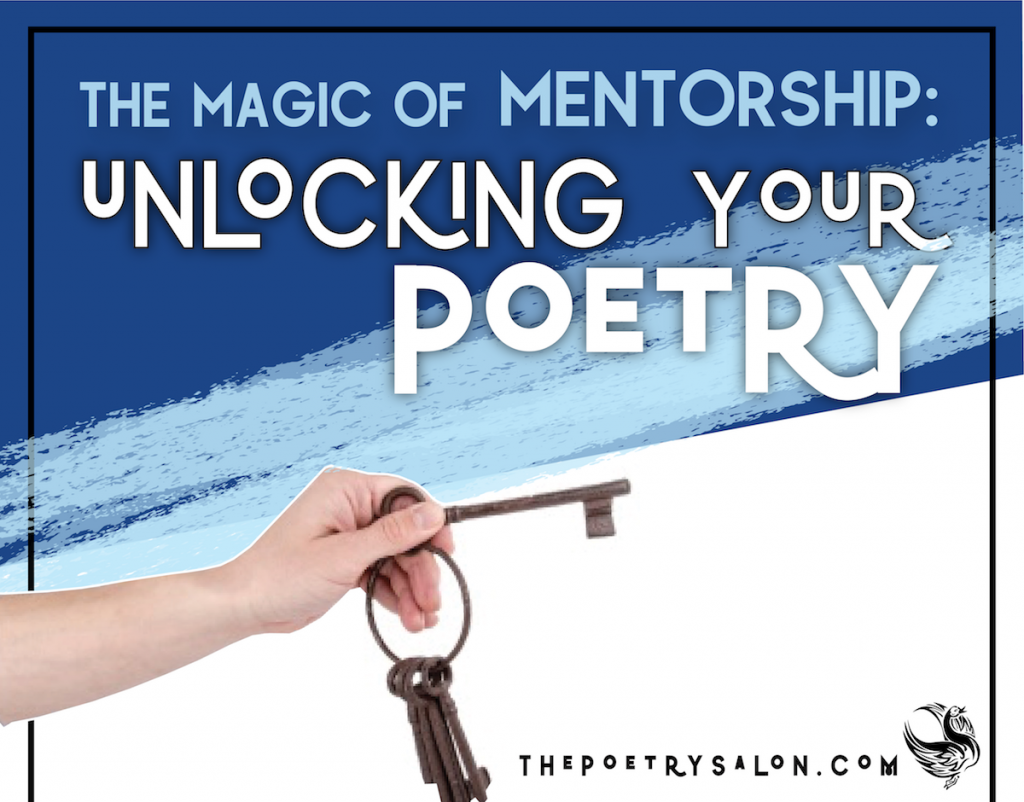 Something that is essential can’t be taught; it can only be given, or earned, or formulated in a manner too mysterious . . . still, (poets) require a lively acquaintance with the history of their particular field and with past as well as current theories and techniques.  Whatever can’t be… 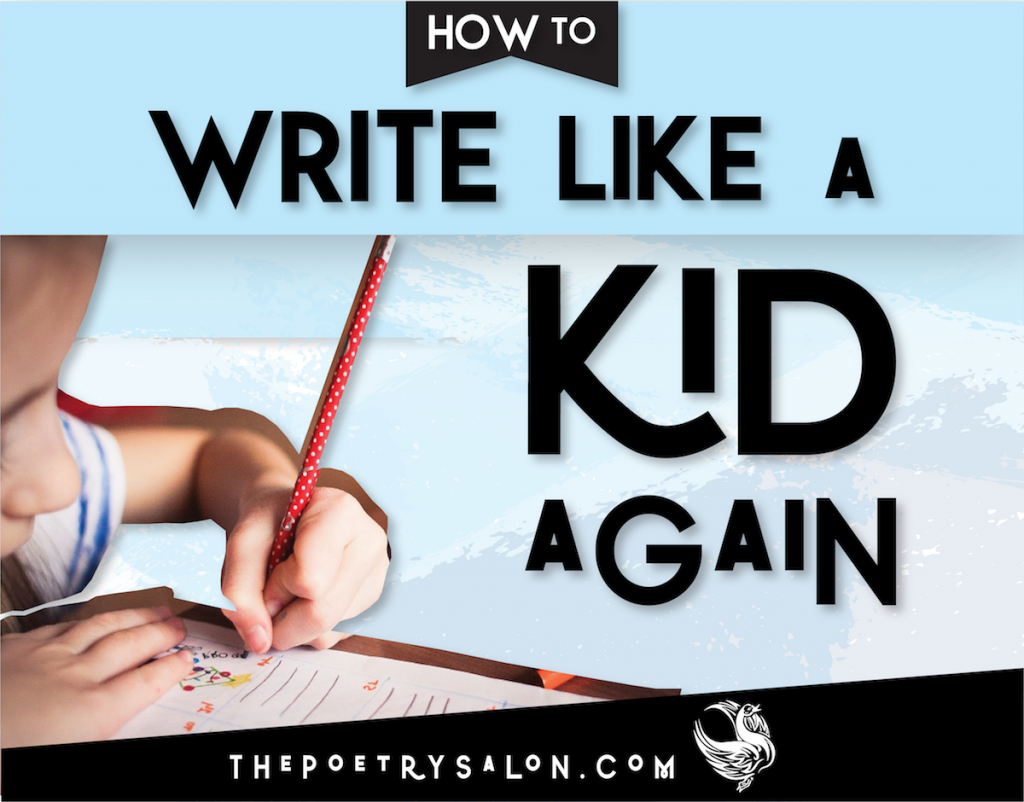 There is a flotilla of actual research that suggests kids already think like poets. They notice imagery, think in metaphors, and act as though everything is alive and has human consciousness, from their real pet frog to their stuffed giraffe. All I had to do was introduce a concept like “personification” or “metaphor” and let them dash away with their pens and paper into the happy land of kid speak. They would come back with Pulitzer Prize winning lines like, “Earth, do you enjoy spinning?” or, “I heard a caterpillar’s heart breaking when it turned into a butterfly.” When writing poems about science, one little girl wrote, “Pluto is not a planet. It is a tear the first astronaut cried when he saw our world spinning alone in space.”

Poems slide from the narrow desk with the high balcony view in the corridor between the ocular and aural; the gathering place.

Because I am human, separate, and mortal.